Discussion Guide for The Nest

THE NEST by Cynthia D’Aprix Sweeney

1. The Nest does not center on a sole protagonist, but rather a group of people. How did Sweeney’s decision to structure her novel this way—from the perspective of multiple characters, and in the third person, affect the way you identified with the characters? Did you find that it made you more or less sympathetic to each sibling’s predicament, and in what way? Could you imagine yourself in any of their shoes?

2. Each sibling (as well as a few other characters, like Vinnie) keeps secrets—not just from one another, but from the important people in their lives—their partners, their children, their parents, their friends. Did you find that there were secrets that should have been revealed earlier in the story? Did you find that more secrets were kept for selfless or selfish reasons?  Have you ever kept any important secrets? Would you do so again?

3. Most of the novel takes place in and around New York City —the Plumb family grew up on Long Island, and three of the four Plumb siblings made Manhattan their home. A 9/11 subplot also weaves its way throughout the novel. What makes—or doesn’t make—this novel feel like a New York novel to you? Did it bolster or contradict any of your opinions or beliefs about New York City?

4. Each sibling seems to feel that they are the ones who need the money from the Nest the most. Did you find yourself leaning toward the pleas or the argument of one sibling in particular, and if so, who, and why?

5. How do the Plumb siblings’ relationships—both with one another, and as a group vs. Leo, evolve over the course of the novel—and from adolescence to adulthood? If you have brothers or sisters, have your relationships changed, or are the dynamics still fundamentally the same?

6. Leo and Stephanie’s romance shifts in significant ways over the course of the novel. In what ways does their relationship change, and in what ways is it affected by the opinions and decisions made by the rest of the family? Have you ever found yourself in a relationship where your partner and your family clashed with one another?

7. How did you feel about the novel’s end, regarding Leo’s fate? Did the epilogue satisfy enough of your desire for a ‘happy ending,’ or with Leo’s absence, was it more melancholy than expected?

8. Do you feel that the bond of family trumps all—including behavior? Do you think it’s possible to rebuild trust once it has been broken? Why or why not? And are there some bonds that can become stronger than those of family?

Find The Nest at these locations: 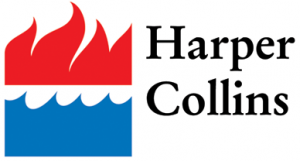 Send an email to one or more of the parties listed below.